DiPaolo Machine Tools was approached to re-manufacture their travelling column milling machine. The customer had experienced issues with the machine since it was delivered.

The machine was removed from production and shipped to DiPaolo’s main workshop.  There the machine was completely dismantled and rebuilt from the ground up.

After a thorough engineering analysis, it was deemed that the original headstock wouldn’t be suitable to rebuild.  A new casting was designed and built to house a new SETCO Spindle. The spindle characteristics were HSK 100 taper, 5400 RPM and mist lubrication.

As the machine assembly was being finalized, a completely new electrical installation was fitted to the machine featuring a Siemens 840Dsl CNC control, motors, and drives. 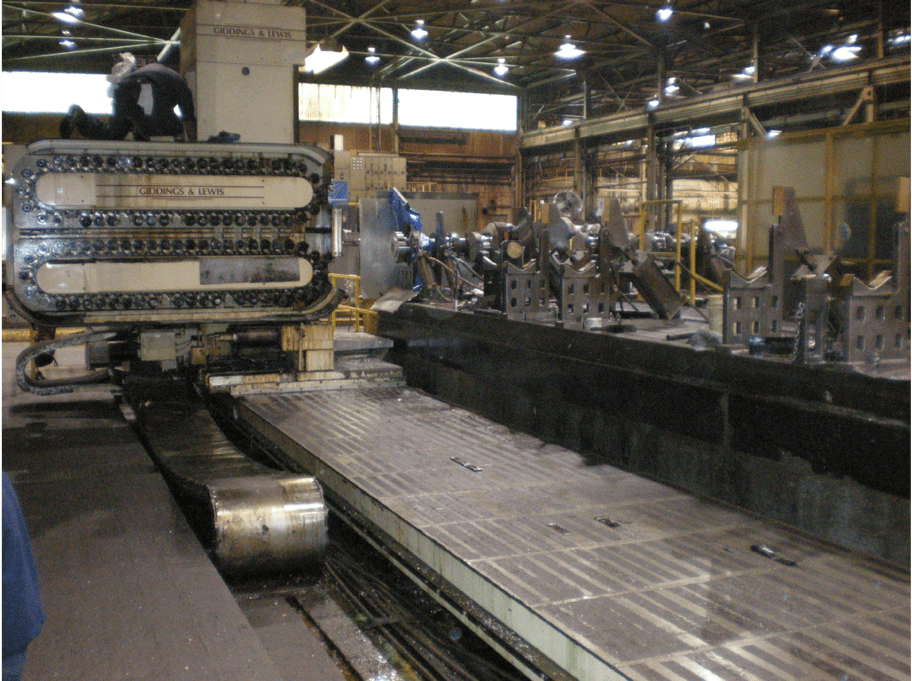 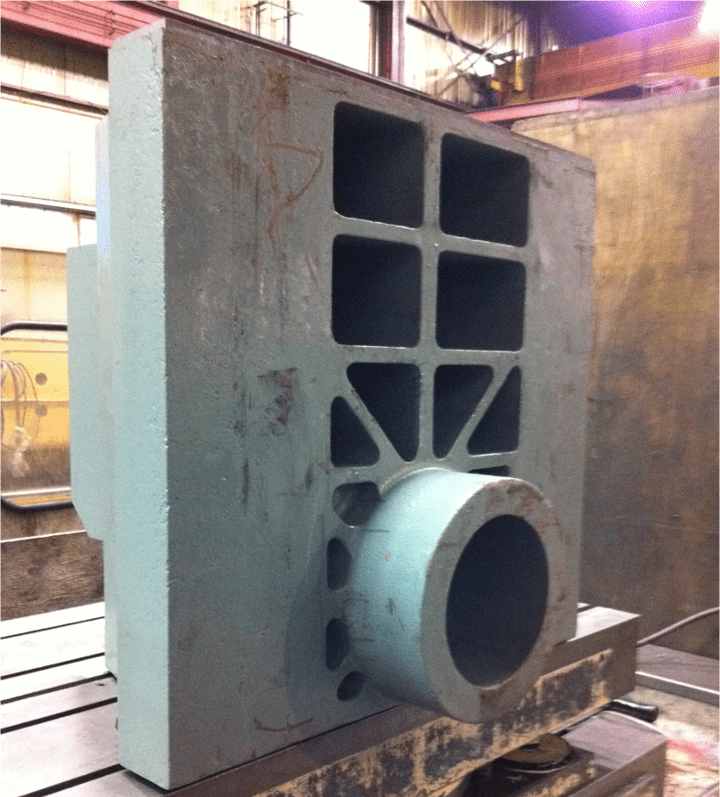 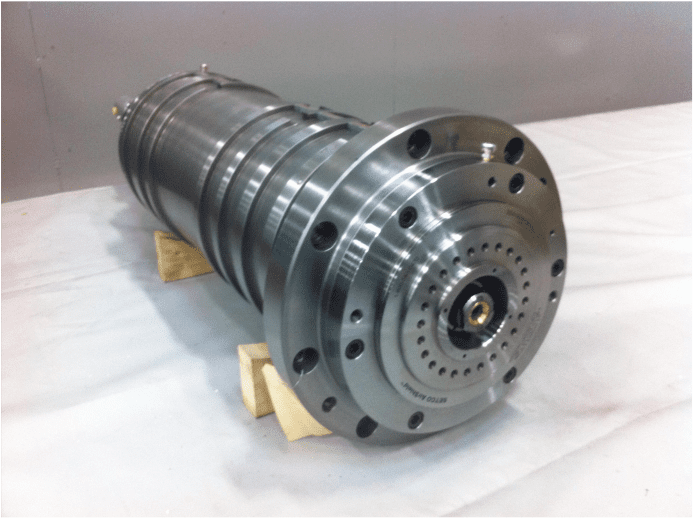 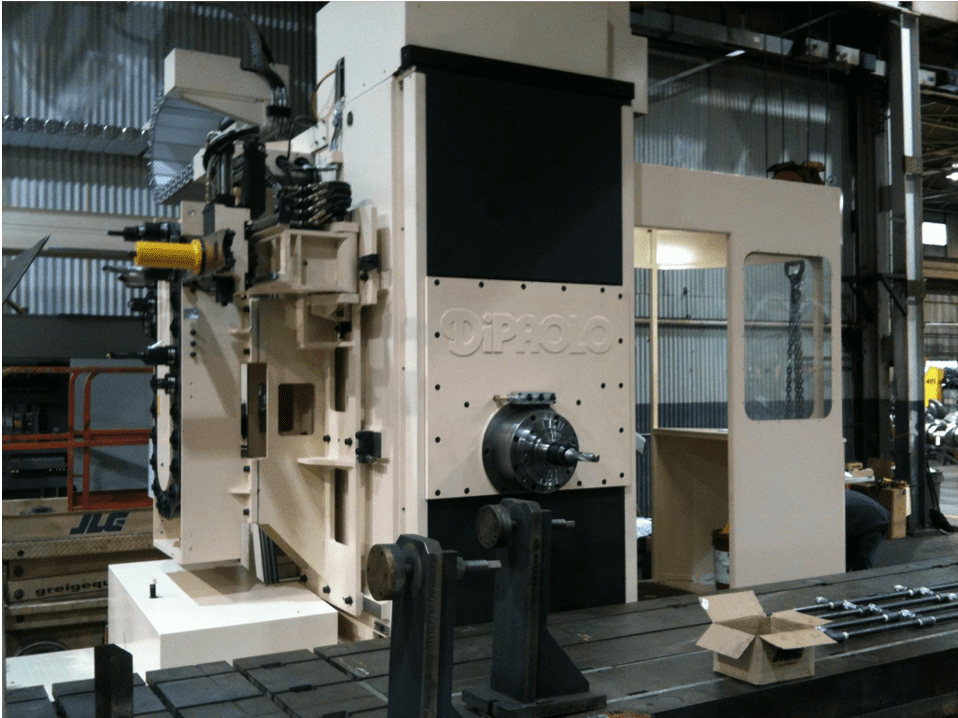