Helping the Filipino victims of the hurricane.

DiPaolo has always felt a need to give back to the community and to the world at large.  When Typhoon Haiyan hit the Philippines in November 2013, we felt we needed to do something but we were not sure how we could really help.  We realized that there were many people within the Brampton and Mississauga area that were providing donations, so DiPaolo organized and paid for two shipping containers to be used to load all the donations that had been collected and have it shipped to the Philippines in May of 2014.  The photo we received, acknowledging the small part we played, filled our hearts with a sense of pride that even small acts of kindness can make a change in the lives of children and those in need. 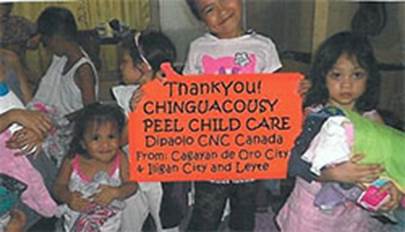 DiPaolo had the privilege of assisting the 2012/13 Brampton Girls U9 REP team.  We know that this group of highly talented players and coaches will have an impact on women’s soccer.  We also know the value in team sports and the ways it assists our youth in understanding how to be disciplined, team oriented and cope in a competitive environment.  Good luck Brams United U9 Red!  We look forward to seeing you succeed. 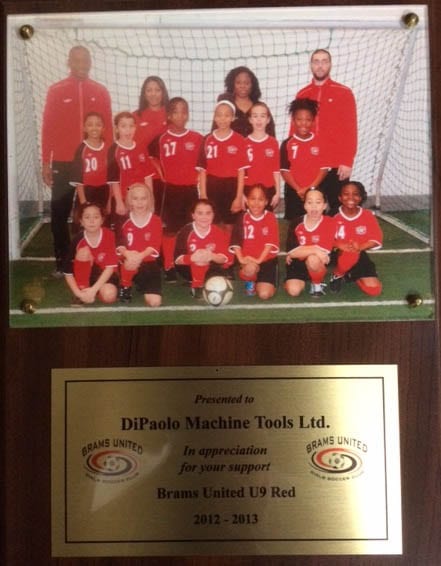